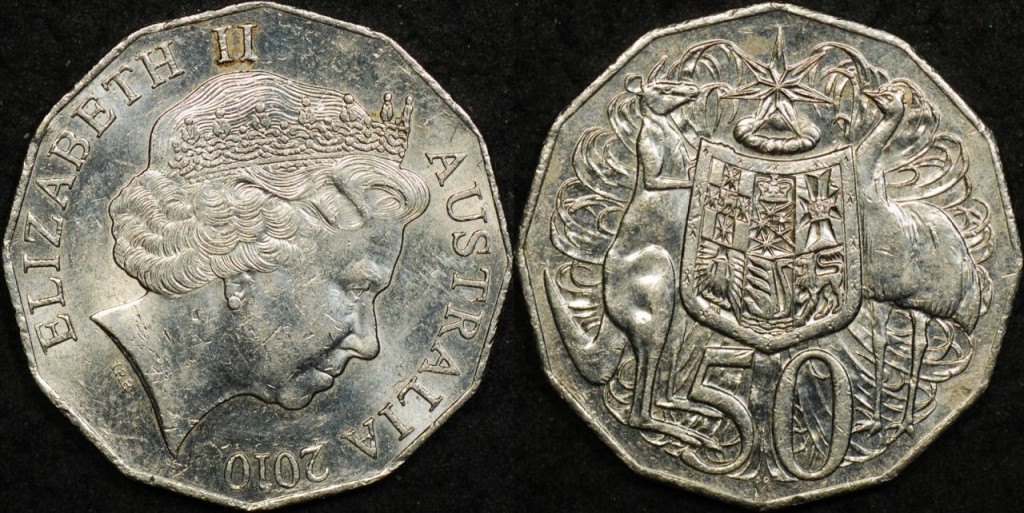 Some Australian 2010 50 cent coins have been found to be “upset”. Which means that the designs on the obverse and reverse designs were not aligned correctly when the coins were minted. The Australian 50 cent coin is usually minted with the obverse and reverse designs in “medallic alignment”. This basically means that the two sides are the oriented the same way, as compared with “coin alignment” where the sides are rotated 180 degrees (as used in the USA). However, in the case of this coin the medallic alignment is upset by 30 degrees, or one side of the 12 sided (dodecagonal) design. It is uncertain if this was due to the die being mounted incorrectly into the press or perhaps a working die was hubbed incorrectly. Mintage is currently unknown but it seems likely that at least one die production run (perhaps 200,000 coins) could account for the entire mintage of this variety.